Neighbors and friends of Cumberland share the untold stories of their community.

100 Years of Cadillac Mills: The Cadillac Mills complex has been owned and operated by the Schwartz family for more than a century. Once a manufacturer of silk, broadcloth, and other textiles, the company was founded by the sons of Polish immigrant David Schwartz in 1921. Now, the family business acts as a rental space for about a dozen local tenants.

A Rock 4 U: Cumberlandite - the state rock of Rhode Island - is only found in deposits throughout the Blackstone Valley and Narragansett Bay. This segment follows a Cumberland jeweler who discovered trace amounts in his own backyard and now incorporates the rock into his Etsy crafts. Learn more as he demonstrates his jewelry-making process and interviews a local expert on what makes Cumberlandite so unique.

Caring for the Blackstone: Friends of the Blackstone, a community organization founded in 1990, has cleaned more than 25,000 tires out of the namesake river. Now merged with the Blackstone River Watershed Council, the group is dedicated to preserving local ecosystems and restoring one of the country’s most polluted waterways.

Coffee and Community: Phantom Farms is one of Cumberland’s coziest hangouts, including an apple orchard and a country store where customers can enjoy cider, baked goods, and coffee. Once known as a drinking and gambling spot, it is now a place for friends to gather – and a popular haunt in the fall.

Diamond Hill Boxing Legends: Cumberland is the unexpected home of a boxing gym where world-renowned fighters once trained. In this story, explore the family history of a lifelong Cumberland resident, whose Irish immigrant ancestors became successful boxers and later opened a gym of their own.

Explorer River Tours: Only one boat tour still teaches the history of the Blackstone River. In this segment, meet the Blackstone Valley Tourism Council, an organization that has educated more than 400,000 students since 1993.

Gardening for Good: Franklin Farm is the only historical property owned by the town of Cumberland. On the farm, volunteers have grown more than 410,000 pounds of produce – much of which goes to food banks and soup kitchens. This segment explores a place where community members of all ages can learn about farming and gardening while also getting reacquainted with nature.

Geddes Family Farm: The Geddes family immigrated to Cumberland in the late 1800s, buying a plot of land where their descendants still live today. Now, hear the story of their farm estate, where many of the original outbuildings have been restored or maintained.

Healing with Horses: Equi Evolution is a therapeutic, experiential learning program that fosters mental health and wellness through meaningful interaction with horses. Meet the founder of the program as she interviews clients, honoring both the agricultural history and future direction of Cumberland.

Honoring Lt. Robert Waugh: Cumberland resident Robert Turner Waugh was a Medal of Honor and Purple Heart recipient who died fighting for the United States during World War II. In this segment, a community veteran shares his story – honoring the life and legacy of a local hero.

Inside Scoop: As a free, weekly news outlet, the Valley Breeze is a rarity in local media. In a segment with the editor, learn how the newspaper combines investigative journalism with community news to keep readers well-informed.

Ski Valley: In decades past, many Cumberland residents flocked to Diamond Hill for skiing and other winter sports. This is the story of the filmmakers’ grandparents, who managed the original Ski Valley area and owned the first chair lift in the state.

The Monastery and Library: Located inside a former Trappist monastery, the Cumberland Public Library is one of the town’s most unique landmarks. This story recounts the history of the monastery and the devastating fire that led the monks to relocate. Today, guests can read and study among the preserved architecture, picnic in the park, or hike the surrounding trails. 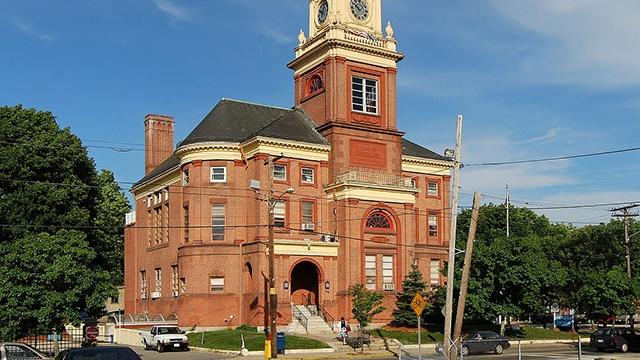 Our Town: Cumberland is made possible by residents and friends of Cumberland and by: