From Woonsocket to Westerly, Haunted RI will take you to some legendary and some unfamiliar Rhode Island sites of reported paranormal activity.

Hear from historians, folklorists, and eye witnesses. Inspect evidence, pictures, historical records, and newspaper archives. Experience the investigations with the team. See for yourself. You know you want to look...

Haunted RI - it's where history meets mystery, the historical greets the hysterical. It's fun, surprising, informative - and brought to you exclusively by WSBE Rhode Island PBS.

The first episode of Haunted RI visits the Exeter grave site of Mercy Brown, Rhode Island's "last vampire." Then, it's north to the woods of Foster to Ramtail Mill, site of decades of reports of strange lights and sounds after the mysterious death in 1822 of the night watchman, Peleg Walker. With Brian Harnois, Jason Mayoh, and Christian White.

Grave of Mercy L. Brown (Exeter, RI), whose legend of vampirism is said to have inspired Bram Stoker's Dracula. From Wikipedia:

The Mercy Brown Vampire Incident, which occurred in 1892, is one of the best documented cases of the exhumation of a corpse in order to perform rituals to banish an undead manifestation.

In Exeter, Rhode Island, the family of George and Mary Brown suffered a sequence of tuberculosis infections in the final two decades of the 19th century. Tuberculosis was called "consumption" at the time and was a devastating and much-feared disease.

The mother, Mary, was the first to die of the disease, followed in 1888 by their eldest daughter, Mary Olive. Two years later, in 1890, their son Edwin also became sick.

In 1891, another daughter, Mercy, contracted the disease and died in January 1892. She was buried in the cemetery of the Baptist Church in Exeter.

Friends and neighbors of the family believed that one of the dead family members was a vampire (although they did not use that name) and caused Edwin's illness. This was in accordance with threads of contemporary folklore linking multiple deaths in one family to undead activity. Consumption was a poorly understood condition at the time and the subject of much superstition.

George Brown was persuaded to exhume the bodies, which he did with the help of several villagers on March 17, 1892. While the bodies of both Mary and Mary Olive had undergone significant decomposition over the intervening years, the more recently buried body of Mercy was still relatively unchanged and had blood in the heart. This was taken as a sign that the young woman was undead and the agent of young Edwin's condition. The cold New England weather made the soil virtually impenetrable, essentially guaranteeing that Mercy's body was kept in freezer-like conditions in an above-ground crypt during the 2 months following her death.

Mercy's heart was removed from her body, burnt, and the remnants mixed with water and given to the sick Edwin to drink. He died two months later.

There is an entertaining account by J. W. Ocker about his visit to the gravesite here.

Ramtail Mill (Foster, RI), site of the mysterious death in 1822 of the mill's night watchman, Peleg Walker. More than 60 years later, Ramtail was declared "haunted" in State of Rhode Island census records of 1885. This account of the history of the location was written by Laura Meade Kirk in a 2003 article in The Providence Journal:

Rhode Island's only "official" haunted building is the former Foster Woolen Manufactury, known as the Ramtail Factory, off Ramtail Road in Foster. It's even recorded in the state's census of 1885 as being haunted.

The story goes that the factory was owned by five partners and headed by William Potter, according to the booklet Peleg's Last Word, written by Margery I. Matthews of Foster. One of the partners, Potter's son-in-law Peleg Walker, the night watchman, had a falling out with the others. He was said to have warned that one day, they would have to "take a key from a dead man's pocket" to open the factory.

Shortly afterward, Walker, then 35, was found hanging from a rope in the belfry on May 19, 1822. The keys to the factory were found, as promised, in his pocket.

For nights to come, the factory's bell would inexplicably sound each night at midnight, Matthews wrote. The partners cut the rope, and eventually removed the bell, but they couldn't silence it. There also were reports of a man believed to be Walker walking through the factory, with his trusty lantern, when the factory was sealed up tight.

As if that's not enough, late one night, villagers were said to be awakened by the unearthly sound of the mill's massive water wheel turning backwards, against the flow of the flume. And another time, they found the factory running at full speed -- every wheel, loom and spindle turning -- when no one was there.

The millworkers were said to be so spooked that they fled the tiny village of Ramtail and the mill eventually went out of business. It was torched in 1873, but Walker's spirit was said to remain.

The stories were so pervasive that the official 1885 state census listed the site as a haunted building, Matthews wrote, noting that Walker is probably the only ghost counted in an official state census.

Today, all that's left are the foundations of the mill and nearby houses, scattered under the brush along the Ponaganset River.

But it's said that on some moonlit nights, the ghost of Peleg Walker can still be seen swinging his lantern through the ruins, and at midnight, when conditions are right, you can still hear the bell toll. 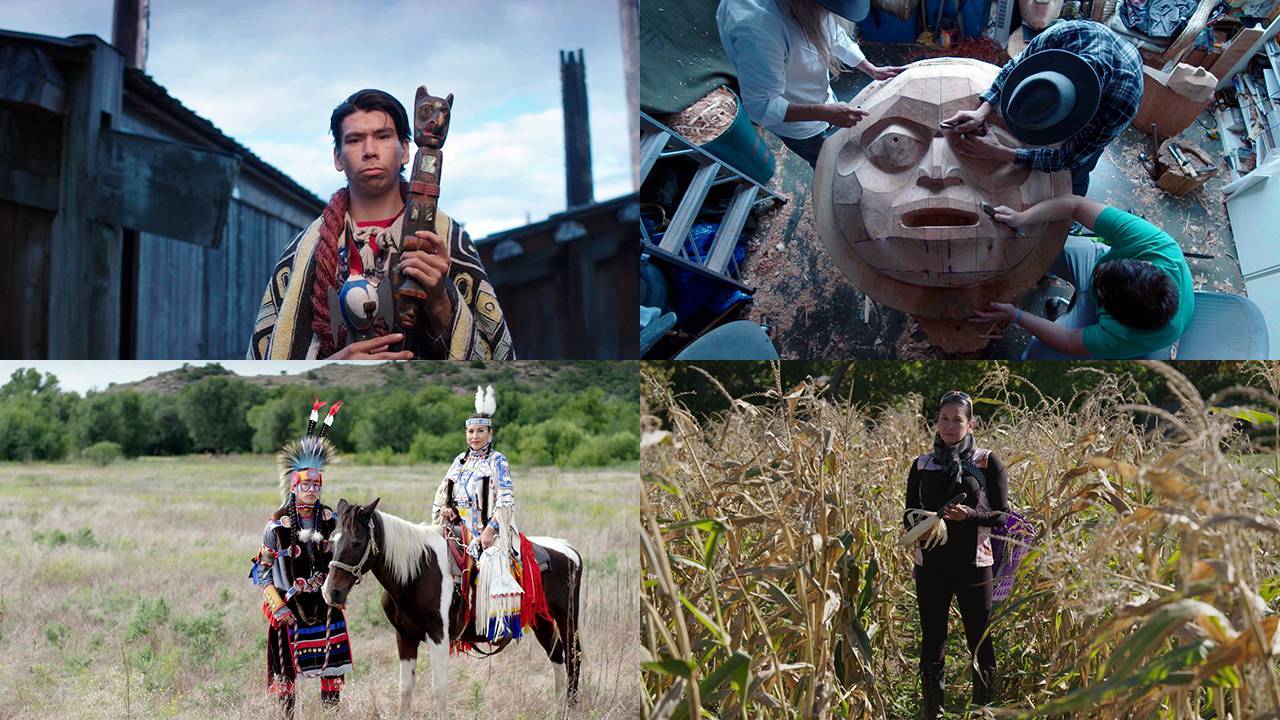