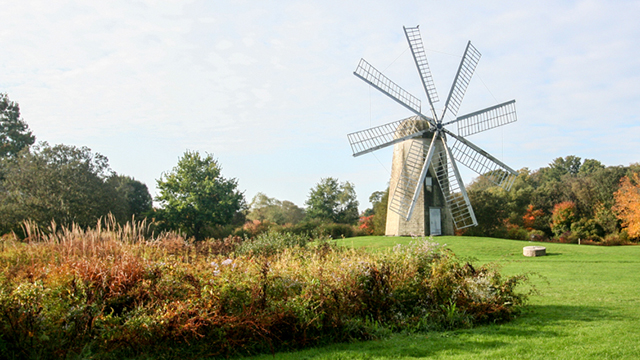 Earlier this year, neighbors in Middletown became storytellers and filmmakers to capture the stories they wanted to tell in Our Town: Middletown. These stories have been woven together into a visual tapestry of nostalgia, humor, enterprise, history – even a surprise or two – all representing life in Middletown through the eyes of those who know and love it. Middletown residents and friends involved in the production will also be in the studio during the premiere to share their experiences working on the project. Volunteers will answer phones during this fund raising special to benefit Rhode Island PBS.

“We are pleased to present the stories of Middletown to all of Rhode Island,” said David W. Piccerelli, president of WSBE Rhode Island PBS. “Beyond sharing these local stories for residents, viewers all across southeastern New England discover new facts and histories about the town’s many neighborhoods and villages.”

Among the stories that will appear in the film is a segment about St. George’s School, a small, private school that sits atop a hill overlooking Second Beach. While most know of St. George’s School by location, its storied history is a mystery to many. This story, submitted by current administrators, introduces the local man who founded the school, its original location, as well as the story behind its iconic chapel.

CHURCH OF THE HOLY CROSS:  This little church has a big story, beginning with the architect who designed it, Richard Upjohn. He was commissioned to build three churches on Aquidneck Island, Holy Cross being one of them. Still an active parish, the current warden takes us back in time to explore the church’s intricate architecture, how the church came to be, and the parish it is today.

EARLY HISTORY OF THE TOWN:  Submitted by the Middletown Historical Society, this story takes a look back at the geographic make-up of Middletown and the key players during its founding and earliest years.

MIDDLETOWN PUBLIC LIBRARY:  Submitted by the current director of the library, this segment explores the past and present of the library. “Reading with you since 1848” is the library motto, and this segment details how library offerings have changed from traditional reading material, to the present day, as residents are now able to check out fishing rods.

PRESCOTT FARM:  Purchased in 1969 by Doris Duke to preserve open land and save historic buildings from demolition, the 40-acre Prescott Farm is owned by the Newport Restoration Foundation. This segment visits the property to explore its history and spaces, open for public enjoyment,

RESTMERE HOUSE:  This story, submitted by the current homeowners, describes how, during their restoration of this 1850’s home they uncovered stories deeply rooted in the history of Middletown and beyond.  Designed by famed architect Richard Upjohn, this home was once a gathering place for “jam sessions” among famous musicians visiting the area for the Newport Folk Festival.

SACHUEST POINT:  Submitted by a resident who loves to visit this Middletown landmark, in this segment we hear from those who run this wildlife refuge.  They explain to our viewers all that Sachuest has to offer, from walking trails to wildlife viewing, to classes and field trips at this wonderland of nature.

ST. COLUMBA’S CHAPEL: This story, submitted by those who run St. Columba’s today, reveals more of the rich history surrounding the town and its earliest settlers. The daughter of Rhode Island’s Episcopal Bishop at the time founded St. Columba’s. In its early days, this chapel was where St. George’s School students attended Sunday mass before their school chapel was built.

VICTROLA PROJECT:  This is the story of Middletown resident William Jones, a lover of music and life-long piano teacher, who began refurbishing old Victrola machines as a hobby. In this segment, Jones talks about the machines, his love for restoring them, and how he donates them to schools for music education. 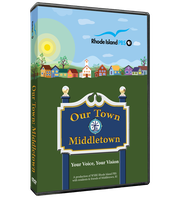 CLICK HERE to own Our Town: Middletown and support Rhode Island PBS. Thank you!

Our Town: Middletown is made possible by residents and friends of Middletown and by: