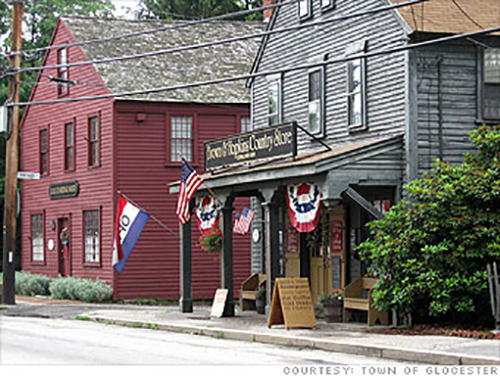 The local legends, historical happenings, and backyard secrets of Glocester, Rhode Island, are the focus of Our Town, a new Rhode Island PBS community project. Earlier this autumn, neighbors in Glocester became storytellers and filmmakers to capture the stories they wanted to tell in Our Town: Glocester. These stories have been woven together into a visual tapestry of nostalgia, humor, enterprise, history, even a surprise or two, all of which represents life in Glocester. Rhode Island PBS proudly premieres the documentary Our Town: Glocester on Wednesday, December 3 at 7:30 p.m. Glocester residents and friends involved in the production will be in the studio to chat about their project experiences. Volunteers will also answer phones during this fund raising special to benefit Rhode Island PBS

Among the stories that will appear in the film is a segment about family-owned Mulberry Vineyards. In “From Grape to Glass,” David and Melissa Wright demonstrate how wine grapes are grown, harvested, pressed, and bottled in their weekend-hobby-turned-business in Chepachet.

Another segment features The Purple Cat restaurant. Established long before the Boston pub “where everybody knows your name,” The Purple Cat was the place to go where patrons would invariably run into friends and neighbors. Rose Lavoie – the heart and soul of the former local landmark – shares her memories about those who frequented “The Cat” over the years. Rose also describes the work ethic gleaned by her children in the family-owned business, and how extended family worked as wait staff.

Town historian Edna Kent paints a vivid picture of the Chepachet of yesteryear, including how fires ravaged a good portion of Chepachet and how the townsfolk rebounded.

Our Town also visits with the Bates family of West Glocester. Their land has been in the family for nine generations, beginning with settlers who accompanied Roger Williams to Rhode Island. This ancestral continuity is a source of great pride for them. In the segment, Barbara Bates shares her mother’s wisdom: “It’s terribly important to learn about your ancestors so you don’t go through life thinking you were self-made.”

And what would a visit to Glocester be without stopping by Tavern on Main? Tom D’Agostino recounts the legends of the haunting of this historic restaurant. Waiters and patrons also describe their “spirited” encounters with flying objects and bizarre behavior. 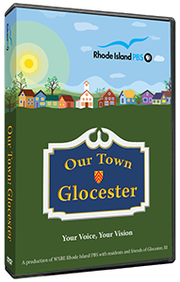 CLICK HERE to own Our Town: Glocester and support Rhode Island PBS. Thank you!