A Monumental Trip Across the Bay

Last Updated by John Chatfield on 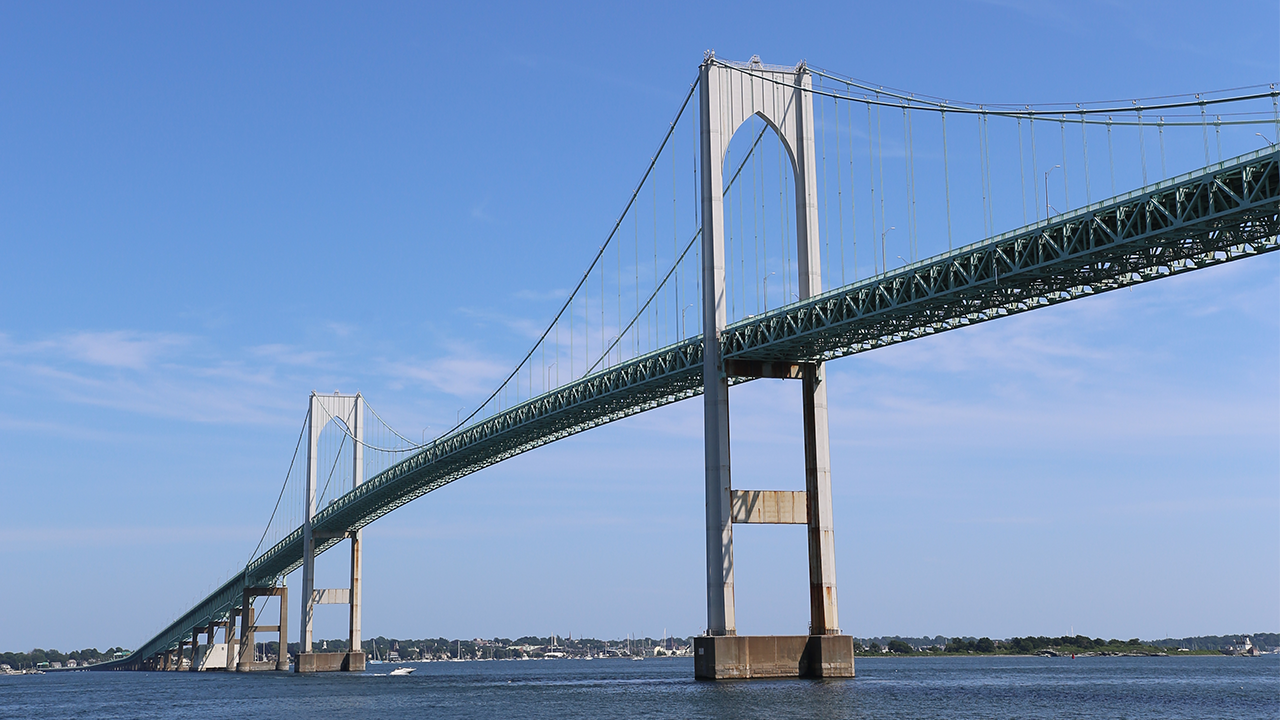 “For generations Rhode Islanders have dreamed of a bridge spanning the East Passage of Narragansett Bay…” – Governor Frank Licht, June 28, 1969

The Claiborne Pell Bridge, often styled as the “Newport Bridge,” has graced the skyline of Narragansett Bay for 50 years, providing a vital link between Newport and Jamestown. At the time of its opening in 1969, the bridge was celebrated as a major commercial breakthrough and a marvel of human engineering.

But decades of social and political conflict nearly prevented the span from ever becoming a reality. Ultimately, the completion of the long-awaited crossing would serve as a testament to the indomitable will of those who advocated for the bridge, and as a lasting tribute to those whose labors erected one of New England’s most iconic structures.

Standing as a silent sentinel that connects two communities and drives the economy of the state, its gothic arches and slender span are etched into the cultural consciousness of every Rhode Islander. To this day, it remains ensconced in the memories of those whose lives it changed forever, and it proudly serves as a symbol of progress for generations to come. 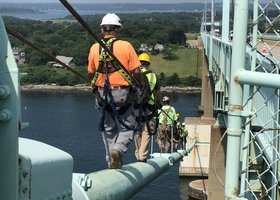 A team of maintenance workers scales alongside the bridge.

Featuring breathtaking perspectives from the towers' most incredible heights 400 feet above the water, The Newport Bridge: A Rhode Island Icon will undoubtedly change the way you see this staple of local imagery.

Follow the production team as they scale the bridge with the maintenance crew. Watch never-before-seen footage of the original construction and learn the untold stories of the ironworkers, divers, and political and community patrons that brought the project to fruition.

Join Rhode Island PBS for the premiere of this documentary on Wednesday, December 4 at 7 p.m.