With an outpouring of support from across Rhode Island and beyond, Your Year 2020 brings Rhode Island’s high school seniors the heartfelt congratulations they deserve. In a star-studded celebration filled with joyful moments from a senior year abruptly cut short for some 9,000 graduating seniors, Your Year 2020 salutes the Class of 2020.

Governor Gina Raimondo, the Rhode Island Department of Education, and Rhode Island PBS, in association with Coast 93.3, partnered to make Your Year 2020 a memorable event.

The show includes graduates in video and photo montages of special moments from senior year. Top three finalists (four – there was a tie) in a singing competition are also showcased in the broadcast, and the winner announced at the end of the show. Plus, highlights of speeches by class valedictorians across the state inspire classmates – all viewers.

Viola Davis, winner of an Academy Award, an Emmy Award, and two Tony Awards, delivers an inspiring keynote message to seniors in her hometown Ocean State from her location in the Golden State, California.

The show culminates in a spectacular, synchronized performance by more than 50 musicians from high school marching bands across the state – each from his or her own home – playing the traditional graduation march, Pomp and Circumstance.

Students, parents, grandparents, family, and friends can listen to show anytime using the iHeartRadio App. An audio encore airs on Coast 93.3 on Sunday, June 21 at noon, and televised on WSBE Rhode Island PBS and streamed at ripbs.org/stream at 2 p.m.

Your Year 2020 is presented in partnership with the Office of Governor Gina Raimondo, the Rhode Island Department of Education, and in association with media partner Coast 93.3 WSNE-FM. 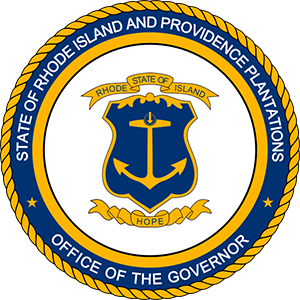