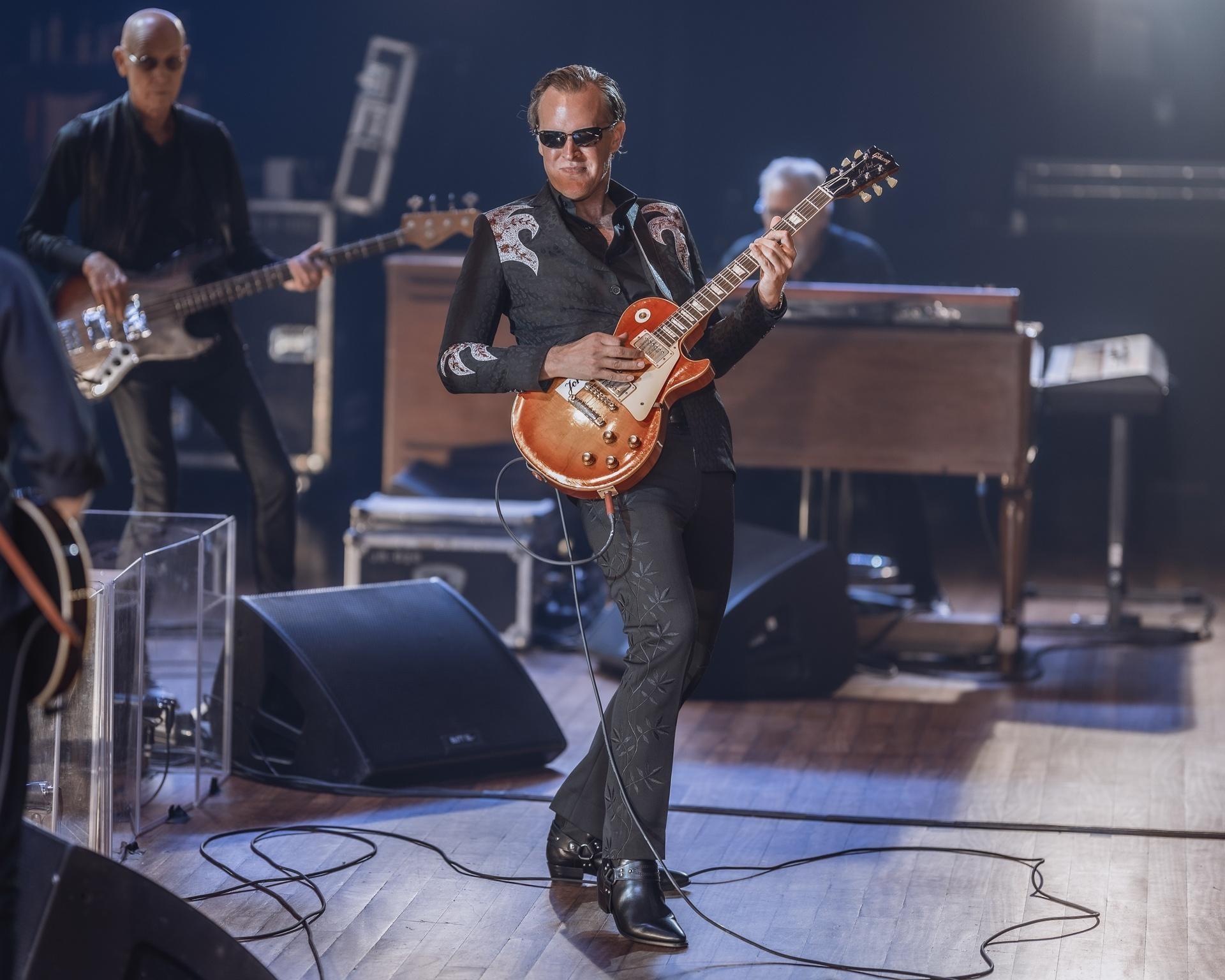 About the Show - Live from the Ryman

Blues Rock Superstar Joe Bonamassa set out to perform his brand-new music for fans amidst a global entertainment shutdown. This led to an incredible live concert, his final show of 2020, at the legendary Ryman Auditorium in Nashville, Tennessee.

This special show includes the critically acclaimed songs from his latest solo studio album "Royal Tea" recorded at Abbey Road Studios in London and inspired by his British guitar heroes Jeff Beck, John Mayall, Eric Clapton and Cream. Joe also performs a few songs from his debut album "A New Day Yesterday" which helped launch his illustrious career to celebrate his 20th anniversary of that album.

Acclaimed actor Jeff Daniels narrates the film introduction to give viewers the backstory of how this amazing concert came together.

As a child prodigy, Joe Bonamassa was finessing Stevie Ray Vaughan licks when he was seven and by the time he was ten, had caught B.B. King’s ear. After first hearing him play, King said, “This kid’s potential is unbelievable. He hasn’t even begun to scratch the surface. He’s one of a kind.” By age 12, Bonamassa was opening shows for the blues icon and went on to tour with venerable acts including Buddy Guy, Foreigner, Robert Cray, Stephen Stills, Joe Cocker and Gregg Allman.

As Joe Bonamassa grows his reputation as one of the world’s greatest guitar players, he is also evolving into a charismatic blues-rock star and singer-songwriter of stylistic depth and emotional resonance. His ability to connect with live concert audiences is transformational!

Joe Bonamassa Live from the Ryman Thank You Gifts