Few Know the Man and Creative Mind Behind the Genius. Until Now. 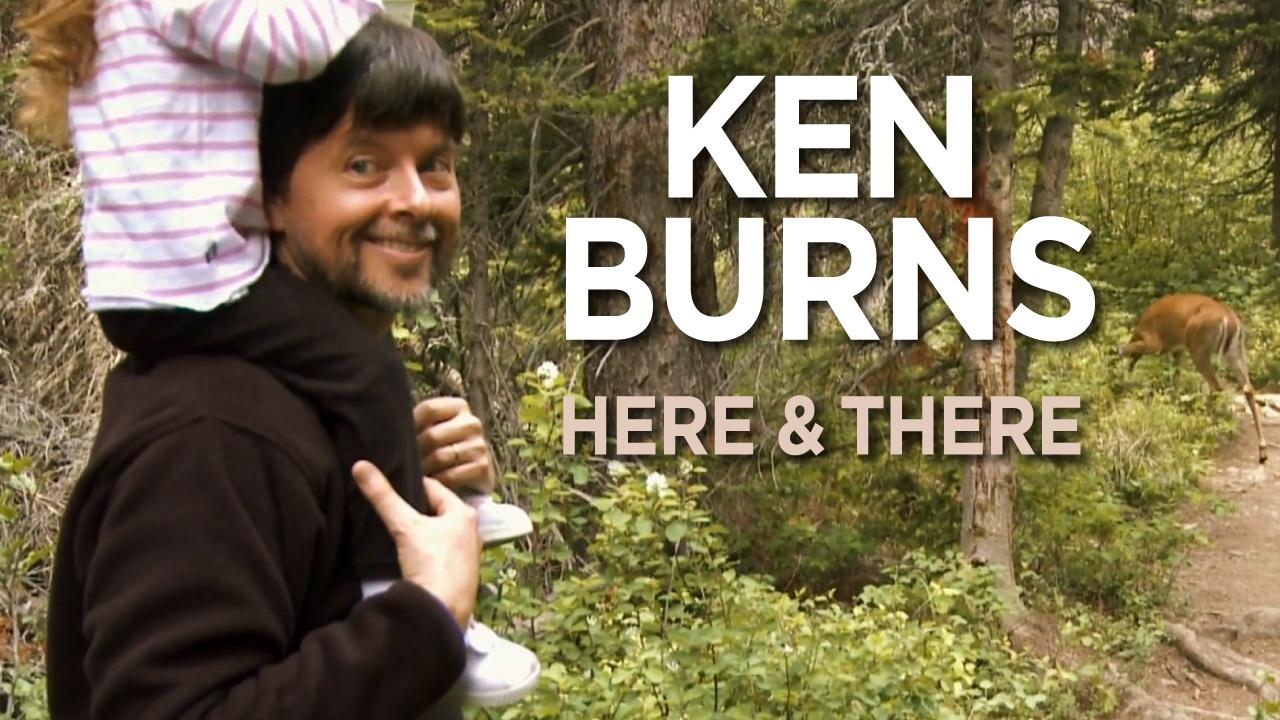 At its heart, Ken Burns: Here & There is a love story. From the opening frames to the last dissolve, the film captures Ken’s love of storytelling, his love of small town life, and his love for a bridge in Brooklyn. The documentary also reveals a strong reciprocal love from his neighbors and colleagues – those who admire his passion as an artist and those who share that passion as colleagues and storytellers themselves.

The documentary strings the beads of small stories and monologues into a longer strand that captures the 40-year intimate relationship Ken Burns has with his America, with his colleagues, his family, his community, his craft, taking sweeping historical concepts and making them relatable to his audiences.

In the documentary, Ken Burns the filmmaker is at once empathetic and provocative, gently insightful and relentlessly tenacious. The film draws in the audience as a collaborator, observing his painstaking process of weaving together the tapestry of stories – whether of historical figures, pivotal events, cultural trends, and iconic images of yesterday – to frame who we are as a nation today.

Ken Burns the man looks directly into the camera in the many authentic moments in the film displaying candor and vulnerability, confirming what the public knows about him, and offering surprising, intimate glimpses not previously seen, of him as father, neighbor, philosopher. In one hour, the film reveals the behind-the-camera complexities of the man known as ‘America’s Storyteller.’

Ken Burns: Here & There is the fitting first feature documentary for Dante Bellini, Jr. and his Hooligan Film Productions. Bellini, launching a second career following 40 years at the RDW Group advertising and public relations firm, plans to produce films and short-story content about some of the inspiring people with whom he has crossed paths, as well as issues about which he cares deeply. It is not surprising he chose to marry those two intentions for his first major project, and make a film about his friend and legendary documentary filmmaker, Ken Burns.

The title Bellini chose for his film, too, reflects the dichotomy of his subject. The Burns homestead in rural Walpole, New Hampshire, on the Vermont border is the unlikely location for the cutting-edge production and editing studios from which have come The Civil War, Vietnam, Prohibition, Jazz, Baseball, and The National Parks: America’s Best Idea, and so many more.

Yet, the rural tranquility and uncomplicated pace are precisely the balance Burns needs and appreciates to counter the urban hustle and velocity of the alluring professional hub New York. Ken’s deeply rooted bond and abiding love for New York springs from the early days of his career and his first documentary, the Academy Award-nominated Brooklyn Bridge.

As he straddles both lifestyles “here” in Walpole and “there” in New York, Burns frankly expresses deep gratitude for Walpole’s capacity to keep him grounded throughout. In self-deprecating and profoundly self-aware insight, he notes the awards and accolades one receives in life are meaningless on Judgment Day; his greatest achievement is to have done his best.

The wisdom of his observation lingers long after the closing credits.