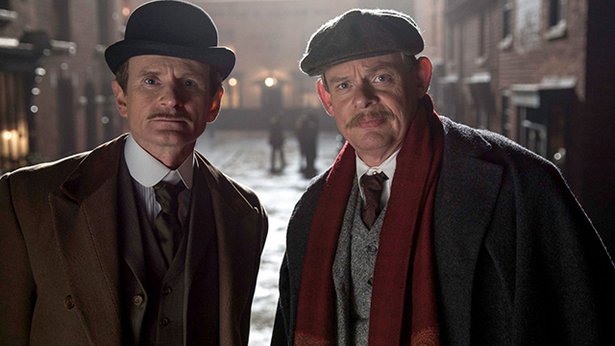 After suffering a personal tragedy, iconic author Sir Arthur Conan Doyle finds himself in a personal and professional slump. But that all changes when he is approached by George Edalji, an Anglo-Indian solicitor convicted of mystifying and brutally violent crimes. As Sir Arthur and his trusted secretary Woodie dig deeper into the case, it’s clear that all is not as it appears. But with his professional reputation inevitably linked to the investigation, will Sir Arthur be able to discover the truth? 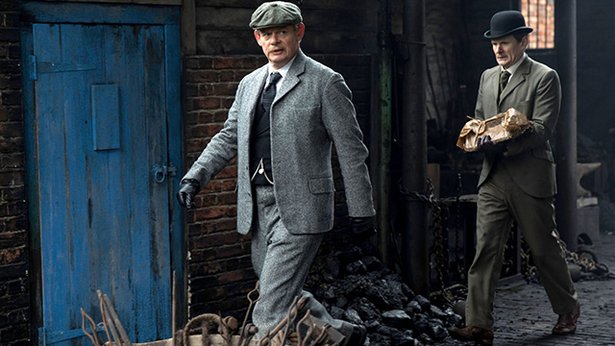 Sir Arthur and Woodie get a shock after they order their driver to "follow that carriage!" Matters reach a crisis with Jean. 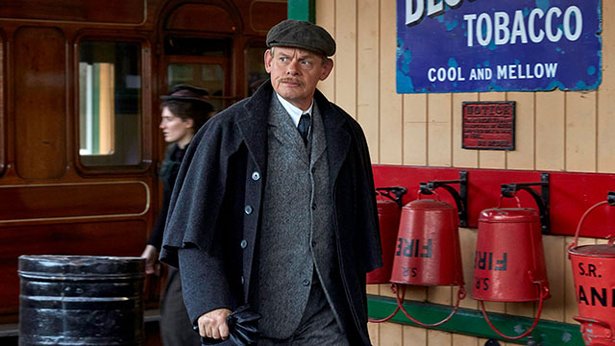 Sir Arthur and Woodie close in on the Wyrley Ripper. But have they found their man? Jean makes her decision.

Martin Clunes (Doc Martin) stars as Sir Arthur Conan Doyle, the creator of Sherlock Holmes, in a real-life case that inspired the great author to put down his pen and turn detective.

Tracing a string of crimes alleged to involve an attorney named George Edalji, Sir Arthur struggles to not only right injustice, but also to keep his own name —and the reputation of everyone’s favorite “consulting detective”— out of the mud.

Inspired by the shocking true case of the “Great Wyrley Outrages,” Arthur & George is adapted from Julian Barnes’s acclaimed novel of the same name, which was a finalist for the Man Booker Prize, the most prestigious literary award in the English-speaking world.