Moving between two time lines, 2008 and the present day, The Guilty tells the story of DCI Maggie Brand (Tamsin Greig) who investigates the disappearance of little Callum Reid.

Summer 2008. Claire and Daniel Reid revel in the relaxed and comfortable atmosphere of an annual neighbourhood barbecue, surrounded by family and friends. Amidst the noise and chaos of the party, their son Callum plays contentedly. But as the night draws on, copious amounts of alcohol are consumed, tempers flare and an ugly, violent scene rapidly changes the mood of the evening.

In the hours following the barbecue, Callum goes missing and nothing is ever the same again.

Five years on, Arcadian Gardens is a very different place. Lives were torn apart and even after all this time the wounds are still raw. Then, on the eve of the fifth anniversary of his disappearance, Callum’s body is discovered, buried only yards from his own front door, and the nightmare begins all over again.

DCI Maggie Brand leads the new investigation. Pregnant when Callum went missing, debilitating morning sickness had forced her to step down from the original investigation. Her son, Sam, was born only a few months after Callum disappeared.

Driven by her obsession to discover what happened to Callum, Maggie leaves no stone unturned, and in the process, risks her own happy family life.

Read more about the episodes below. 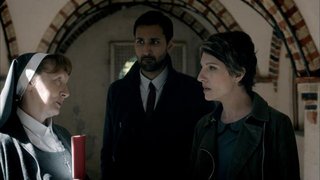 The Guilty Episode 1
Trail DCI Brand as she reopens a missing child case when a boy’s body is found. Five years earlier, the senior investigating officer in the child’s disappearance was forced to resign and the case has been on hold, leaving the family in limbo. 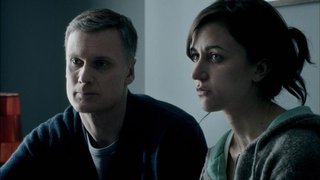 The Guilty Episode 2
Follow DCI Brand’s deepening investigation. Frustrated by the case and concerned for her son and by tension at home, she unwittingly places herself in danger. She’s stunned when an unnerving confrontation leads to an unexpected confession. 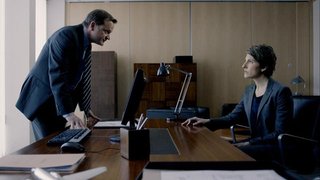 The Guilty Episode 3
Learn why DCI Brand, under pressure to charge her prime suspect, is still unconvinced they’ve found the killer. As she begins to piece together the child’s final hours, she finds her instinct as a mother at war with her desire to solve the crime.