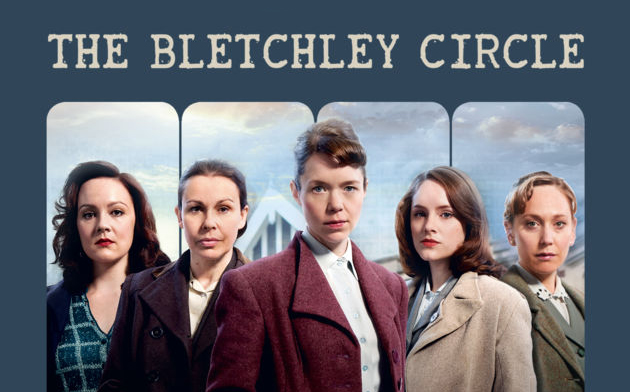 The Bletchley Circle returns for Season 2, following four ordinary women with the extraordinary ability to break codes, a skill honed during World War II when they worked undercover at Bletchley Park, site of the United Kingdom’s main decryption establishment. The women use their code-breaking skills to solve crimes in post-war London.

Blood on Their Hands 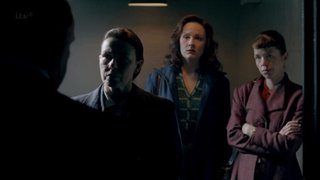 The Bletchley Circle | Season 2 The first episode opens with former Bletchley Park girl Alice Merren (played by Hattie Morahan) in prison awaiting trial for the murder of her former Bletchley Park colleague. Jean (played by Julie Graham), believing Alice is covering for someone, begins to reunite the circle to help establish the innocence of one of their own. Lucy (played by Sophie Rundle) is now getting on well in a clerical job at Scotland Yard and keeping her head down, and Millie (played by Rachael Stirling) is working as a German translator. Susan (played by Anna Maxwell) is reluctant to get involved after her experience with the twisted serial killer Malcolm Crowley and the danger it posed to her family. 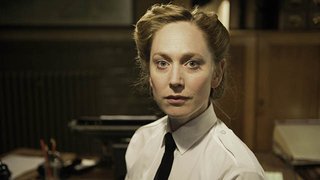 The Bletchley Circle | Season 2 The investigation leads to a young woman who seems to have had a relationship with the deceased and in whose home they find documents suggesting a military cover-up of a chemical spill. The women use the skills honed at Bletchley Park — and take dangerous chances — to try to exonerate Alice. 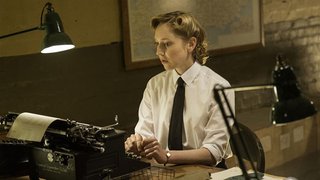 The Bletchley Circle | Season 2 Next, Millie branches out into what she believes to be a harmless sideline of dealing in uncustomed goods. This endeavor leads to her abduction by a crime ring involved in trading perfume, cigarettes and stockings — and in human trafficking. She is held in a seedy hotel by the gangsters. On discovering this, Alice goes to Jean and Lucy for help. The girls start investigating in order to save their friend and, as they do so, uncover a much darker, hidden world of crime. 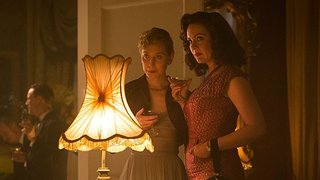 The Bletchley Circle | Season 2 After her release, Millie is determined to help those sold into prostitution. Millie, Jean, Lucy and Alice decide to tip off Customs and Excise to intercept a contraband shipment and catch the traffickers.