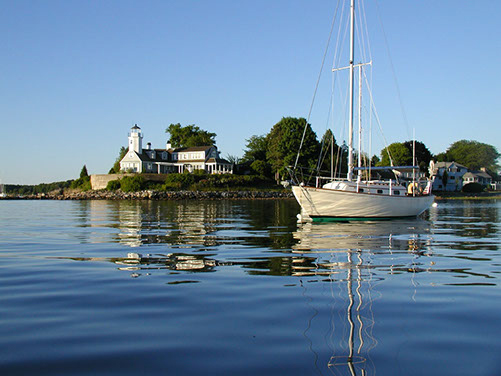 Earlier that summer, neighbors in North Kingstown became storytellers and filmmakers to capture the stories they wanted to tell in Our Town: North Kingstown. These stories have been woven together into a visual tapestry of nostalgia, humor, enterprise, history, even a surprise or two, all representing life in North Kingstown through the eyes of those who know and love it.

North Kingstown residents and friends involved in the production were in the studio on September 2 to share their experiences while working on the project. Volunteers also answered phones during the fund raising special to benefit Rhode Island PBS.

Old Salt is a segment about John Bradley, who rigs the sails and takes to the seas almost on a daily basis. He is also restoring an old sailboat to give him "the ride" he used to get from his old Scottie - his favorite boat - lost in Hurricane Irene. The restoration is a formidable task for anyone, but John Bradley sees it as an attainable goal, even as he turns 92 years young this autumn.

In Papa Pilot, a grandson brings the heroic history of his grandfather to life, exploring how the naval pilot survived landing his plane on carriers at sea and how he and his crew mates plucked an astronaut from the Atlantic. Also, see how Quonset Point served as the elder's place of employment and enjoyment.

Viewers will also take a tour with the Harbor Master, the law enforcement official on water. Discover the range of his "beat" from Wickford to Jamestown and what challenges he encounters on the job.

In a segment about re-purposing the outdated to give it new usefulness, we trace the transformation of the Little Red Schoolhouse. For decades, the historic building served as the center for education in North Kingstown for decades. After harnessing generous community spirit, the building once again serves a crucial community purpose - providing food for those in need.

Alvin Noss, turning 101 this year, lives in his childhood home in the historic village of Slocum. With his unique vantage point, Alvin Noss shares with viewers how Slocum has evolved and its important role to North Kingstown.

And what would a visit to North Kingstown be without stopping by the "must sees" in town? Viewers visit the annual Wickford Art Festival, The Gilbert Stuart Museum, Smith Castle, and Historic Wickford Village.

The purpose of the Our Town project is to share the charm and character of Rhode Island towns and villages - in particular, untold or uncelebrated stories that capture the essence of life in the town. Building community by enhancing connections and relationships between Rhode Island PBS and town residents, the stories are told by resident storytellers and videographers, who choose the stories they want to tell about their town. The role of Rhode Island PBS is to offer technical advice and then stitch together the stories into a one-hour film. 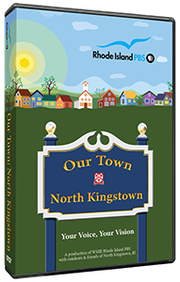