Posted by Faythann Fallon on

Discover exotic global music scenes and emerging talent through Music Voyager: a travel-based music series hosted by Jacob Edgar. Edgar – an ethnomusicologist, cultural musician and music critic – travels the world to hear cutting-edge musicians and to immerse himself in their cultures. 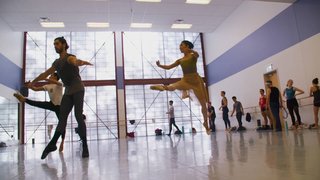 In the first episode of Music Voyager’s eighth season, artists from Atlanta, Georgia follow the six degrees of separation by introducing each other to the viewers. Each artist strives to show the world the strong presence of creative collaboration and camaraderie in Atlanta. The Atlanta Ballet and the amazing life of a classical ballet institute is presented first by ballerina, Tara Lee. Lee introduces choreographer Lauri Stallings and her collaboration with an art organization known as GLO. After Stallings, maestro and conductor of the Atlanta Symphony, Robert Spano, takes the reins.  The episode then wraps up with famed graffiti artists Dr. Dax and HENSE, and a duo named Dashboard, who transform unique spaces for non-traditional artists. 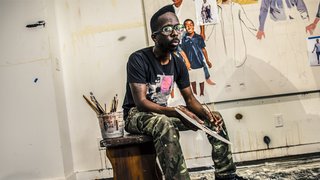 Following the format of episode one, artists continue to introduce viewers to the next. Camille Love, the creative director of Art with the Mayor’s Office, kicks off this second episode. She ends her segment by introducing artist Fahamu Pecou, who has created a name for his personalized expression in modernistic art. Pecou presents local DJ and producer, Kemit. Considered a godfather of Atlanta’s house music scene, Kemit creates his recordings of “Sounds of Atlanta” on screen. Michael Haverty takes the lead next by showcasing his theater and performing arts venue, 7 Stages Theatre. Then last, but certainly not least, Mark Jacob’s of Elliott Street Deli & Pub introduces the film side of the Castleberry Hill neighborhood. 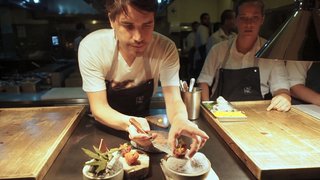 Host Jacob Edgar and new co-host Alvaro Fernandez, meet in Lima, Peru to explore the different sights, sounds, and tastes of one of the most intriguing and exotic countries in South America. In the cosmopolitan capital of Lima, they explore the amazing cuisines that the city is famous for and the music of a Peruvian legend.