Fighting for Healthy Foods on the Next Community Conversations 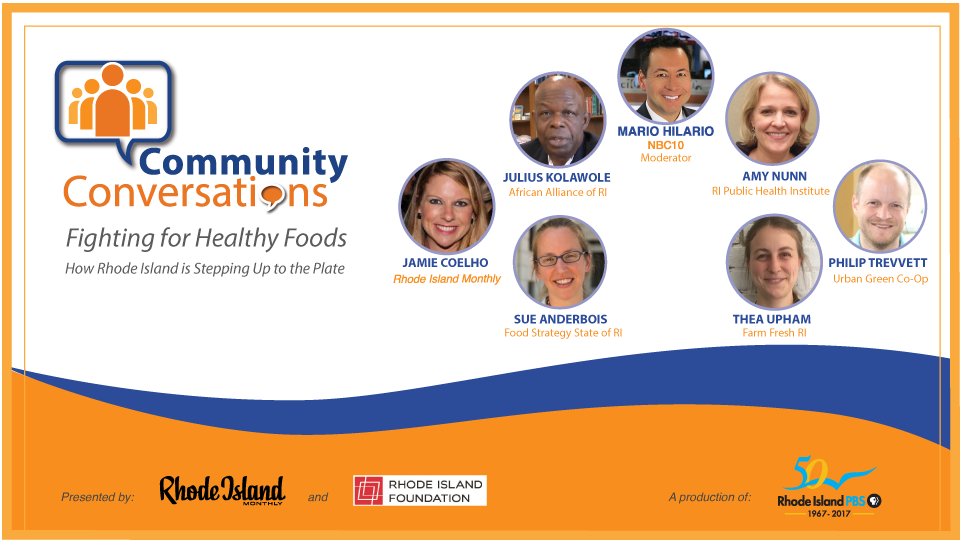 The Rhode Island Foundation and Rhode Island Monthly magazine present the latest edition in the Rhode Island PBS Community Conversations series, Fighting for Healthy Foods: How Rhode Island is Stepping Up to the Plate. Host Mario Hilario moderates a discussion with guests from the local food community and the studio audience, as they explore options and the creative responses to combatting what the FDA calls "food deserts." The panel discusses food insecurity, the term food desert and solutions for improving access to fresh produce in low-income neighborhoods. Food deserts are areas that lack a large-scale grocery store that sells local produce. The conversation will air on Thursday, December 7, 2017 at 8 p.m.

The companion article in the November issue of Rhode Island Monthly magazine can be found here.​