Teens and Tobacco Use: A Community Conversation 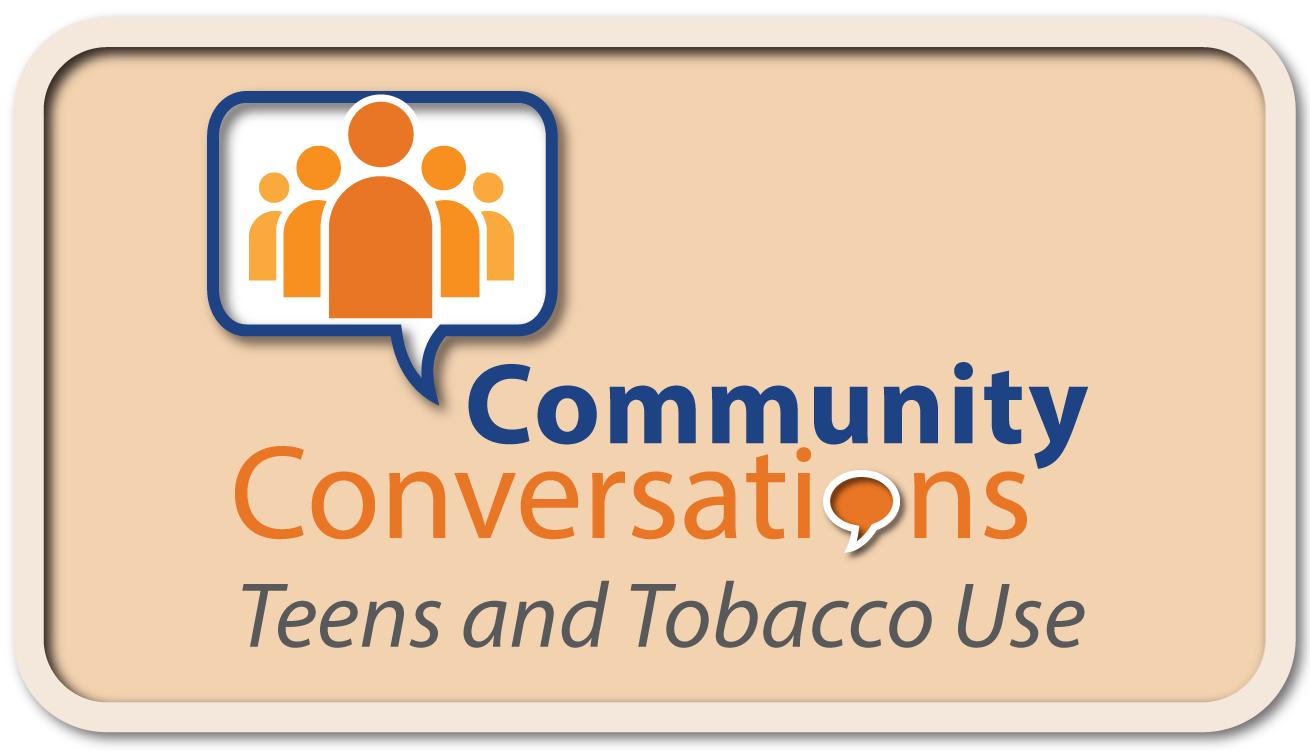 Despite decades and billions of dollars in medical and statistical research, commercial and grassroots marketing campaigns, government regulation of access and use – and, admittedly, some measure of success in changing consumer behaviors and opinions – tobacco use persists.

Among our youth, cigarette smoking has steadily declined in the U.S., however the use of alternative tobacco products such as hookah and E-cigarettes has increased. Perhaps it is the range of products, including pleasing fruity aromas and flavors. It could be the growing public opinion that vaping with electronic cigarettes is safer than smoking traditional cigarettes.

Whatever the reason, the increased use of these other forms of tobacco has canceled out decreases in cigarette use, resulting in no overall change in tobacco use in our youth. Adolescents and young adults are picking up the addictive nicotine habit. In 2015, 25.3 percent of US high school youth currently used at least one tobacco product, e-cigarettes being the most common, at 16 percent.

These trends raise questions that Teens and Tobacco Use: A Community Conversation will explore in a special televised program on Monday, November 20 at 7 p.m. on WSBE Rhode Island PBS.

“Today most teenagers and young adults understand the dangers of smoking cigarettes, but the lack of concern regarding hookah, e-cigarettes, and chewing tobacco, caught me off guard. Through these conversations, we hope to influence and educate youth about the emerging dangers of using these alternative tobacco products and help them make positive choices about their health,” said Ms. Keough.

After the premiere, the show will encore on Wednesday, November 22 at 1 a.m.