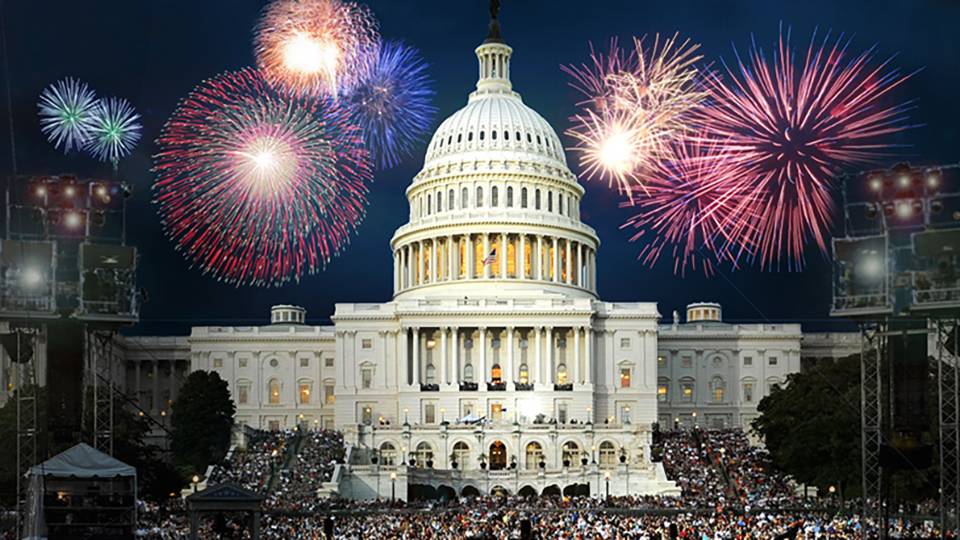 America’s favorite Independence Day celebration, A Capitol Fourth puts viewers front and center for the greatest display of fireworks anywhere in the nation. A Capitol Fourth is broadcast live from the West Lawn of the U.S. Capitol, before a concert audience of hundreds of thousands, millions more at home, and our troops watching around the world on the American Forces Network. Rhode Island PBS presents A Capitol Fourth  on Tuesday, July 4 at 9:30 p.m., and Thursday, July 6 at 1 p.m.

Emmy Award-nominated actor and producer John Stamos is set to host the 37th annual edition of A Capitol Fourth. The all-star musical and fireworks extravaganza will kick off the country’s 241st birthday with performances by: soul men Dan Aykroyd and Jim Belushi of The Blues Brothers; iconic multi-platinum selling music legends The Beach Boys, featuring John Stamos (drums) and Sugar Ray’s Mark McGrath(vocals); legendary Motown stars The Four Tops; and The Voice Season 12 winner Chris Blue; with the National Symphony Orchestra under the direction of top pops conductor Jack Everly. Gifted actress and singer Sofia Carson will open the show with a special performance of the national anthem. The concert will also feature a tribute to our men and women in uniform by country music star and Grammy-nominated member of the Grand Ole Opry Trace Adkins who will perform his new single “Still a Soldier.” The inspiring moment will be dedicated to our troops and veterans, and all those who have made the ultimate sacrifice fighting for our freedom.

Capping off the show will be a rousing rendition of Tchaikovsky’s “1812 Overture” complete with live cannon fire provided by the United States Army Presidential Salute Battery, an audience favorite and A Capitol Fourth tradition.

For more information about the tradition of A Capitol Fourth, the scheduled performers, and a taste of United States history that is the reason for this annual celebration, visit the PBS website.