doubleFEATURE presents PELL, the story of the man behind the grant 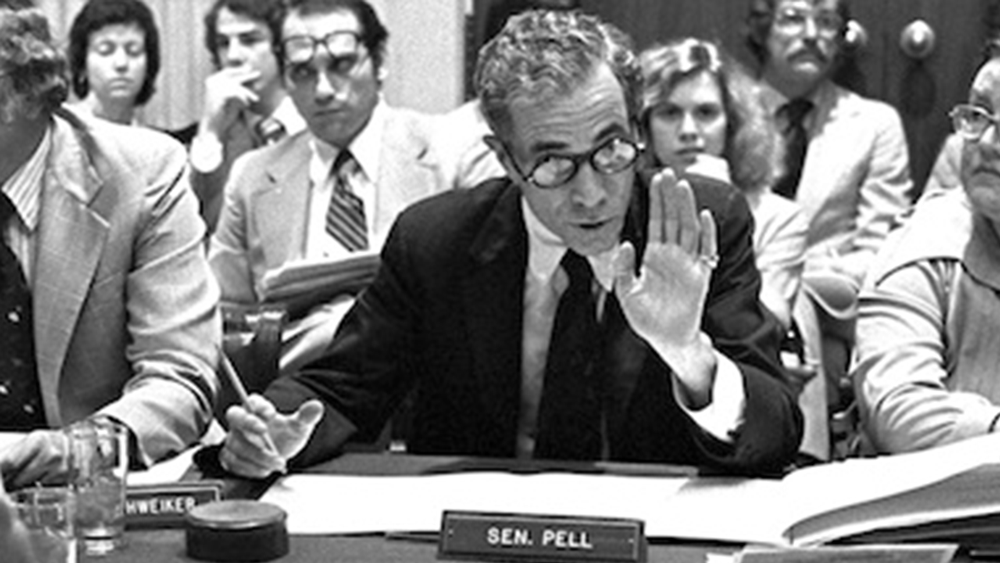 PELL travels from the mansions of Newport to the dramatic behind-the-scenes legislative conference in 1972 to recount how a wealthy, unassuming Senator from Rhode Island reached across party lines and was able to get House and Senate members to pass the historic Pell Grant legislation. Part of the doubleFEATURE series on Rhode Island PBS, PELL premieres on Friday, November 4 at 8 p.m.

PELL introduces the man whose name has become synonymous with critical financial aid for college. From his early days in the Coast Guard, Senator Claiborne Pell sought to help his fellow seamen access the kind of college education that he received at Princeton. PELL details his fervent quest to bring to fruition the Pell Grants – financial aid for each and every student.

The film puts the history into contemporary context by profiling Pell Grant recipients, including Jean Paul Valencia - the first in his family to go to college - as he walks through the gates of Harvard; famous recipients Viola Davis, former Secretary of the Interior Ken Salazar, and former NASA Astronaut Leland Melvin, who talks about STEM education and its importance for future generations.

The Pell Grant, which was ultimately passed into law in 1972, continues to be an integral part of the higher education funding puzzle for many college-bound students looking to pay for college. ​In the beginning, Pell Grant awards covered nearly 80 percent of tuition costs at a four-year public college. Today, however, the maximum Pell Grant amount of $5,775 covers less than 36 percent of those costs, and college tuitions continue to spiral out of control.

Directed by Steven Feinberg of Rhode Island's Film and Television Office, and produced by Elyse Katz, PELL reveals the in-depth - and often suspenseful - drama of how the Pell Grants developed from a dream to reality, navigating the sometimes complicated realm of politics. The film also shows how the primary author, Senator Pell, overcame a host of challenges (from some of the most unlikely sources), and yet managed to successfully open the powerful gates of higher education for many students.

After the November 4 premiere, PELL will encore on Thursday, November 10 at 10 p.m.